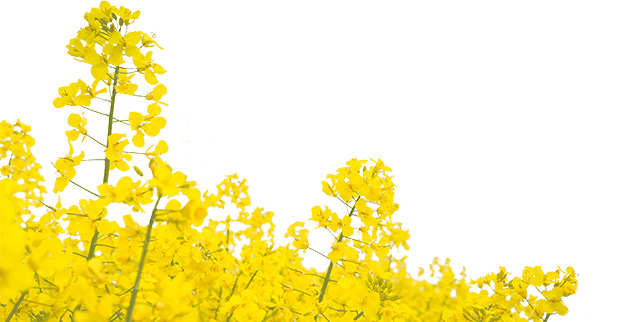 Berlin, June 19, 2019 — The 15th International Rapeseed Congress (IRC) in Berlin closed after four intensive days. The invitation issued by the Union for the Promotion of Oil and Protein Plants (UFOP) and the Global Council for Innovation in Rapeseed and Canola (GCIRC) was accepted by 850 participants from 43 countries. The congress program featured 180 scientific talks and various workshops, offering scientists and representatives of the agricultural industry the opportunity for sharing ideas and experience concerning the current status of research in breeding, agronomy and utilization of oilseed rape. The IRC is internationally the most important scientific conference on oilseed rape/Canola. It takes place once every four years, and this year’s event was the first time it had been held in Germany in the last 45 years.
“In the past two years, we have worked intensively with German and international experts on the development of the program,” reported Stephan Arens, managing director of UFOP, describing the preparations. More than 530 scientific contributions were submitted in response to the Call for Paper, which were evaluated by a 35-member program committee. The final result was a comprehensive program presenting the status of research in the fields of genetics, breeding, agronomy, plant protection, analysis and utilization of rapeseed oil and protein feeds in plenary and thematic session and workshops.

Professor Wolfgang Friedt, GCIRC president and IRC chairman, emphasized four primary topics that were of key significance for the congress: “The cultivation of oilseed rape is confronted with major challenges worldwide. So the papers focusing on the control of diseases and pests by using optimized cultivation techniques, plant protection, and resistant varieties attracted a lot of attention. I consider the second major point to be the strengthening and acceleration of the breeding of plant varieties through the systematic use of genetic variability, findings from genome research, and new breeding techniques that, as is well known, face enormous political opposition in Europe at this time. Third, it has been spoken intensively about future market prospects of plant oils and oilseed rape protein as animal feed and about the current prospects of oilseed rape protein in human nutrition. And in view of the development of the global climate, new crop cultivation findings regarding tolerance to stress from dryness and heat were among the most important topics of the IRC 2019.”

Dr. Martin Frauen (NPZ), another of the three members of the IRC Organization Committee, regards the congress as an important source of new ideas for the ongoing development of oilseed rape cultivation worldwide. “I am convinced that through the IRC 2019 we have triggered many positive developments that will optimize the breeding of oilseed rape and make the cultivation of oilseed rape more efficient. This is necessary because at the moment the area of production in Europw does not come anywhere close to reflecting the cultivation potential of this major crop,” noted Dr. Frauen at the conclusion of the congress.

“The scientific talks and papers presented during the congress will definitely have an impact in the direction of policy-makers,” according to UFOP managing director Stephan Arens. “We will be able to use the results from the IRC 2019 for our discussions with politicians in Berlin and Brussels. It is indeed a positive signal when more than 850 international experts come together to present and talk about future challenges and scientifically-based approaches to solutions for the cultivation of oilseed rape,” said Arens.
The congress did not end on June 19 for about 150 IRC 2019 participants. They set off on field trips organized by the UFOP – two-day excursions to major institutions and companies revolving around the subjects of the breeding and cultivation of oilseed rape in Germany. Among other stops, they visited the JKI in Quedlinburg, the experimental station of the University of Giessen in Rauischholzhausen, the Bundessortenamt (BSA) staion and the operations of a number of breeding companies. “We are convinced that the participants will return home with a suitcase full of new impressions and interesting findings,” stated Professor Friedt, the principal organizer of the IRC 2019, who during the closing ceremony handed the baton over to the Australian Rob Wilson; as future GCIRC president, the latter invited the congress participants to attend the next International Rapeseed Congress, which will be held in Sydney in 2023.