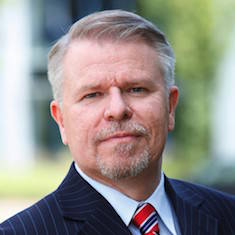 Dr. Helmut Schramm has been President Agricultural Affairs Germany since January 2019. After studying agricultural sciences at the Technical University of Munich-Weihenstephan and obtaining his PhD in the field of phytopathology, Dr. Schramm began his professional career in 1988 as a management trainee in the Crop Protection Business Group of Bayer AG. A few months later, he took over the worldwide function of product manager for fungicides. In 1990 Dr. Schramm became Technical Director in Turkey and moved to UK/Ireland in the same function in 1993. From 1997 to 2001, Dr. Schramm headed the Garden/Professional Care business unit at Bayer Pflanzenschutz in Monheim, which bundled the non-agricultural activities. In 2001, he moved to the United States in the same function, where he headed the global consumer business following Bayer's acquisition of the crop protection activities of Aventis. After returning from the United States in 2007, he was responsible for the global fungicides business at Bayer CropScience AG, Monheim. In 2009, he also assumed responsibility for the Seed Treatment Products business unit. From July 2011 to December 2018, Dr. Schramm was Chief Executive Officer of Bayer CropScience GmbH.