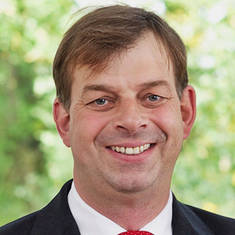 DLG President Hubertus Paetow was born in Schleswig-Holstein, Germany, in 1967 and completed his apprenticeship as a farmer there. After studying Agricultural Sciences in Göttingen and Kiel, he worked until 2005 as managing director of an arable farm near Kiel. Since then he has been managing his own farm with a focus on arable farming and seed production in Finkenthal-Schlutow (Mecklenburg-Western Pomerania). He is member of various boards in associations and local politics and in 2015 became Vice President of DLG and Chairman of the DLG Test Center. Hubertus Paetow has been President of DLG since 2018.